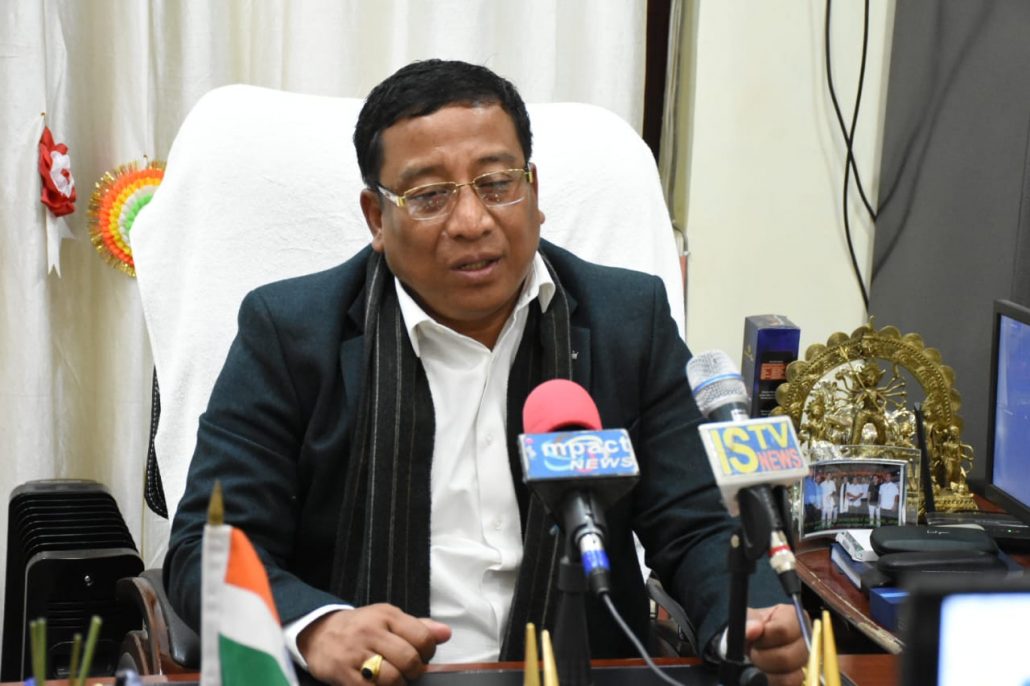 In an interesting political development, ahead of the Rajya Sabha election
scheduled to be held on March 26, the Supreme Court of India in an interim order has directed the government of Manipur to cease the Ministerial Berth of MLA Th. Shyamkumar and directed the Manipur State Assembly to
bar him from entering the state Assembly complex,which means that Th.Shyamkumar will not exercise his vote in the upcoming
Rajya Sabha Election. SC directs to cease cabinet portfolio from
Forest Minister Th. Shyamkumar and to bar him from entering the Manipur Legislative Assembly complex The Supreme Court, however, left the matter to decide on the fate of the MLA whether to disqualify or not, to the
Speaker ’s tribunal of the Manipur Legislative Assembly. The Speaker’s
Tribunal had earlier reserved the judgment for the disqualification case till
March 28 because of the Rajya Sabha Election and his
hectic schedule for preparing state assembly related activities.
The interim judgment was announced today by a three member bench comprising of Justice Rohinton Fali Nariman, Justice Aniruddha
Bose and Justice V. Ramasubramanian in connection with a fresh
admission in connection with the SLP filed by Congress
MLA Keisham Meghachandra Singh and MLA MD. Fajur Rahim for disqualification of MLAShyamkumar who is the Forest and Environment Minister under the 10th Schedule of the Indian Constitution.
On January 21, a three member bench of the Supreme Court had directed the Speaker’s Tribunal to decide the disqualification case of
Forest Minister Th. Shyamkumar within 4 weeks period. On January 25 the
Court ruling was handed over to the Speaker of the Manipur Legislative Assembly. Later the Manipur Legislative Assembly filed a petition for
an extension of the case hearing at the Supreme Court
but was declined by the Supreme Court.The Speaker ’s Tribunal headed by Speaker Y Khemchand conducted the final hearing of the case on February 4 but the tribunal reserved its judgment and fix the date for the announcement of the judgment by March 28 at 11 am. SOURCE: IT NEWS

We support you
#priyankagandhivadra
Are we living in the secular country of Mahatma Gandhi ji? #Islamophobia https://t.co/23M49QHMQo
Wild Cosmos at lower Koide Village, Senapati district, #Manipur